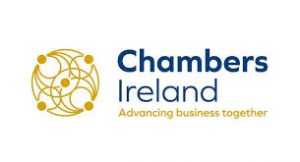 Chambers Ireland has today (17 April 2018) welcomed progress on the development of MetroLink, a north-south urban railway service that will run between Swords and Sandyford, facilitating a new approach to the development and growth capacity of our capital city.

“We support the development of the MetroLink rail corridor, identified as one of the key public transport initiatives in Project Ireland 2040. We would encourage all interested stakeholders to participate in the public consultation which will remain open until 11th May. Early engagement in the process will help ensure that you are part of the decision-making process which aims to provide the Dublin region with a new high capacity, high-frequency cross-city rail travel. Dublin stands out as by far the largest city of the 10 Capitals in the EU28 without an underground system, a list which includes Luxembourg, Ljubljana, Valetta and Tallinn. This is illustrative of the infrastructure gap we continue to suffer which will impact our future competitiveness. As we make long term plans for our other major cities between now and 2040, it is necessary to continue investing in our capital city. In order for the country as a whole to continue to grow and thrive, Dublin needs to operate efficiently and that requires modern infrastructure being developed. Proper transport planning and associated development of its environs will contribute significantly to our long-term ability to create lasting solutions to issues such as housing and education as we plan for an extra 1 million inhabitants in the next 20 years.”