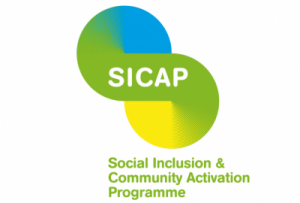 The Social Inclusion and Community Activation Programme (SICAP) which has a total fund of almost €10 million, will see public sector agencies work in partnership with disadvantaged individuals and community organisations to strengthen communities and improve people’s lives through targeted and innovative, locally led approaches.

Target groups include children and families from disadvantaged areas, lone parents, new communities (including refugees and asylum seekers) and people living in disadvantaged communities. The Programme is also aimed at the unemployed (including those not on the Live Register), low income workers/households, young unemployed people from disadvantaged areas and young people aged 15-24 who are not in employment, education or training. People with disabilities are also targeted for support, while programmes and projects supporting minority groups such as Roma and Travellers are also included.

Speaking at the contract signing Councillor Kathleen Codd-Nolan, Chairperson of Wexford LCDC, said she looked forward to the commencement of SICAP 2018 – 2022, saying that the SICAP programme has the capacity to effect significant change in those communities that are most disadvantaged in Co Wexford.

Michael Wall Chairperson of WLD commented that WLD will bring its wealth of experience of working in the community to bear in building on the success of the previous SICAP programme and is looking forward to working with the LCDC in supporting disadvantaged communities in County Wexford.