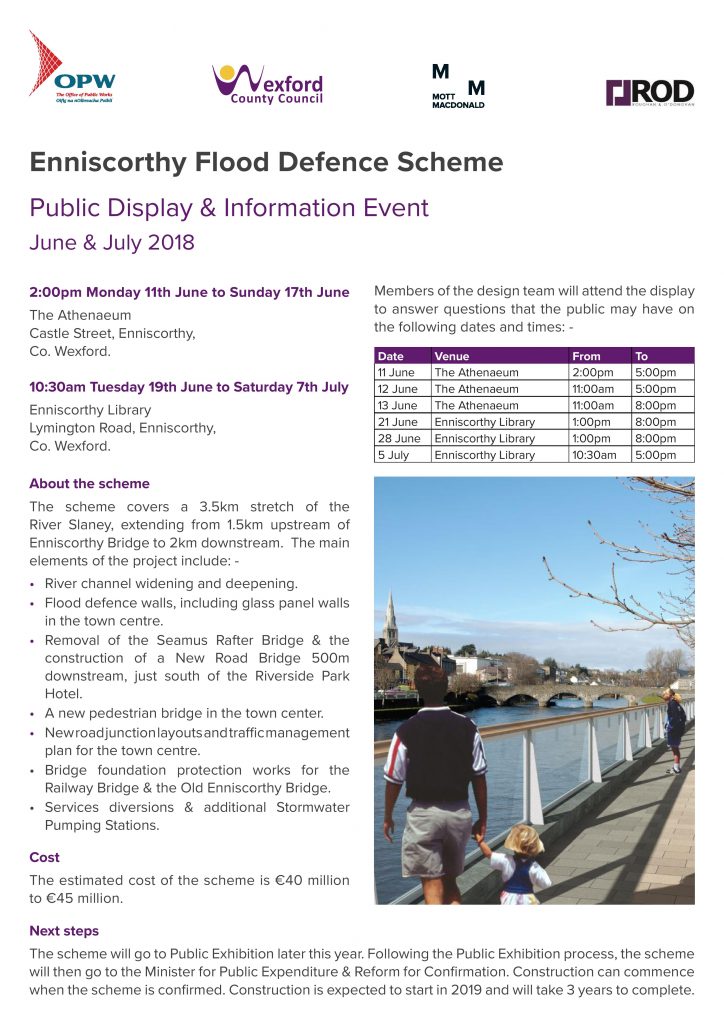 In 2004, the Office of Public Works (OPW), in conjunction with Wexford County Council, undertook a study of the flooding problem in Enniscorthy. A preliminary design for the Enniscorthy Flood Defence Scheme was developed by the OPW and exhibited for public consultation in 2009. In response to feedback from the public, the preliminary design was further improved and went on public display in 2012.

In November 2015, Design Consultants Mott MacDonald and Roughan & O’Donovan were appointed by Wexford County Council to develop the detailed design for the Scheme. The Scheme has been developed to take into consideration feedback received from public consultations to date.

The scheme covers a 3.5km stretch of the River Slaney, extending from 1.5km upstream of Enniscorthy Bridge to 2km downstream. The main elements of the project include:

It is estimated that the scheme will cost between €40 and €45M.

Design Consultants will be in attendance on the following dates:

Design Consultants will be in attendance on the following dates:

A brochure and feedback form will be available for comments to be registered.