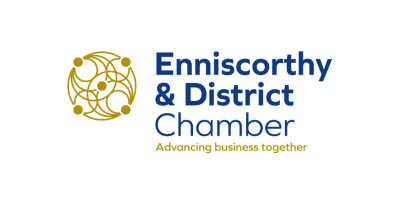 Expectedly, tensions were running high at The Riverside Park Hotel on Thursday night as members of the local business community gathered to discuss the topic of commercial rates. An emotive issue, there has been a lot of anger in recent weeks in Enniscorthy after certain businesses were issued with increases and one town centre business even opted to close and relocate as a result of a hike that was deemed unfeasible.

Local businessman John Kavanagh was among the main speakers on the night as he outlined the major difficulties he is having in filling vacant town centre properties and pointed out that in just a few weeks time, one whole side of a town centre street would be completely vacant.

Chairing the meeting Enniscorthy Chamber Development Officer Jimmy Gahan introduced Seamus Begley and Ger Mulhall from the rates department at Wexford County Council and appealed for calm among those present. ‘This is not about criticising or accusations here,’ he said. ‘We’re here to discuss the issues and should things get out of hand, I will have no hesitation in bringing the meeting to a quick conclusion.’ He said that the Valuations Office apologised that they couldn’t attend the meeting and there were also apologies from TDS Paul Kehoe and James Browne and County Council Chairman Keith Doyle.

Mr Begley outlined the method of calculating rates and acknowledged that it’s a system that’s ‘not fit for purpose’ any more, with some of the legislation dating back to 1838. He said there had been calls to scrap everything and start fresh again and said that perhaps this would make life easier for everyone involved.

He continued that, despite what had been said in recent weeks, Enniscorthy had not been re-rated and that anyone currently being re-rated had undergone a material change in circumstances. He said that the reason this is happening now is that the valuations office is dealing with a major backlog that stretches back two or three years. The valuations office, he said, would be undertaking an overhaul next year which would seek to level the playing field for everyone in terms of rates.

In relation to the annual rate valuation, Mr Begley said that last year the council had voted in favour of a 3% increase to €73.67 and pointed out that this was the first increase since 2009. Chamber President Maree Lyng pointed out that the Chamber had supported this increase at the time when a meeting was hosted to unveil the major projects that the increases would be invested in major projects for Enniscorthy, such as the Business & Technology Park and the Templeshannon Regeneration.

As the floor opened up to questions, there was some frustration from those present that the supposed ‘villains’ of the piece, the valuations office, were not present to answer questions. Those present pointed out the amount of vacant units in the town centre and stated that it was ‘unfair’ that some of the owners of these buildings were being hit with a levy of 10% of the rates. The Chamber President then attacked a perceived negativity in relation to the town and called for members to be more positive.

However, simply remaining positive was not an option for local businessman John Kavanagh who stated the difficulty of his situation.

Mr Begley responded that the Valuations Office had increased his rates, not the council. Mr Kavanagh continued, however, pointing out that in a few weeks time all of the shops on one side of Castle Street will be completely vacant. The last surviving business there, he said, was moving as a result of an increase in rates from €1,200 to €5,500.

Mr Begley replied that he didn’t want to get into individual cases, but said that the buildings must’ve been undervalued previously. A tense atmosphere pervaded the meeting as Mr Kavanagh questioned District Manager Liz Hore on whether his buildings had seen any material change in recent years and accused her of being unavailable to take calls from him – something she strongly refuted.

Mr Begley then asked if Mr Kavanagh had made an appeal to the valuations office and he replied that he had not. However, he said that it was in fact the council that was imposing a 10% charge on him for his vacant buildings.

Eventually, Mr Gahan decided to draw a line under the matter and urged Mr Kavanagh to discuss the matter with the council officials in private, while stating that he was ‘extremely sympathetic’ to his plight. Former Chamber President John Burke O’Leary also expressed sympathy for Mr Kavangh saying: ‘I think it’s a very unfair and unjust system. The people who can do something are the politicians and I think pressure needs to be applied and the message needs to go up the line that this is grossly unfair.’

Businessman and broadcaster Karl Fitzpatrick challenged the council officials on a number of areas on the rates issue, most notably the collection rate. With the collection rate currently at 84%, he asked if the council had taken the easy option by increasing rates by 3% rather than focusing on collection of outstanding rates. He also questioned whether there were better ways of acquiring funding, the IDA for example, instead of ‘passing the burden onto small business owners’. District Manager Liz Hore replied that the council looked for funding wherever they could get it. ‘We are aware that people have been through tough times,’ she said. ‘I don’t want to see any vacant units in the town. We are here to work with people and we have ambitious plans for the development of Enniscorthy.’

Cllr Michael Sheehan said that the same issues were effecting New Ross and said that the main thing to come from the meeting was that flexibility was required when it came to placing levies on vacant units. ‘We known exactly who is trying to fill these vacant units and who is not,’ he said. ‘We need to get off the backs of businesses who are trying their best.’

Council members urged business owners to ‘hang in there’ and pointed to a number of positive devleopments coming down the tracks. In concluding the meeting, Mr Jimmy Gahan pledged to brief Enniscorthy’s TDs on the mood of the meeting and the belief that more flexibility was required for business owners. He said that the Chamber would continue to lobby on members’ behalf and a progress update could be scheduled down the line. He also pledged the support of the Chamber to John Kavanagh and urged him to engage with them and the council officials.