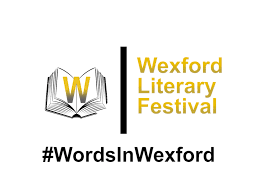 Enniscorthy will host the annual Wexford Literary Festival from July 4th., to July 7th., inclusive and an impressive list of writers, poets, playwrights and contributors have been signed up to appear.

Details of the festival were announced at a reception in the Castle last week at which Development Officer, Jimmy Gahan, represented the Chamber in the absence of Maree Lyng, President, who was unable to attend.

Crime writer and RTE Arts and Media Correspondent Sinead Crowley will perform the official opening of the festival on July 4th., and in doing so set in motion a whirlwind of events of a literary nature.

It all promises to be a great weekend in Enniscorthy and is being organised by a committee described as ‘ambitious, engaging, inspiring, inclusive, collaborative, supporting and encouraging’ in the festival programme.