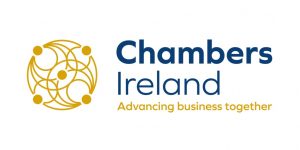 Commenting on today’s (10 May 2018) announcement by Apple that they will no longer proceed with their plans for the development of a data centre in Athenry, Ian Talbot, Chief Executive of Chambers Ireland said,

“This morning’s announcement by Apple to halt their plans for a data centre in Athenry is disappointing but not surprising and will be met with dismay by the business community generally as well as in the local region which would have received a very significant economic boost from the proposed €850 million investment.

Apple’s confirmation that they remain fully committed to their existing operations in Ireland is greatly appreciated and a continued vote of confidence in Ireland’s strength as a top location for Foreign Direct Investment globally. However, delays in planning undermine our national competitiveness. At a time when we face great uncertainty from issues outside our control, such as Brexit and a worrying growth in protectionist measures, it is vital that we act to improve areas within our control particularly as we embark on the vitally important Ireland 2040 program.

We welcome the Government’s recognition of the need to better streamline judicial review of strategic infrastructure projects. However, we also call for a more extensive end to end review of our planning system, including addressing third party planning rights and spurious objections, to provide greater certainty on the timeframes for approval of any infrastructure projects going forward.”